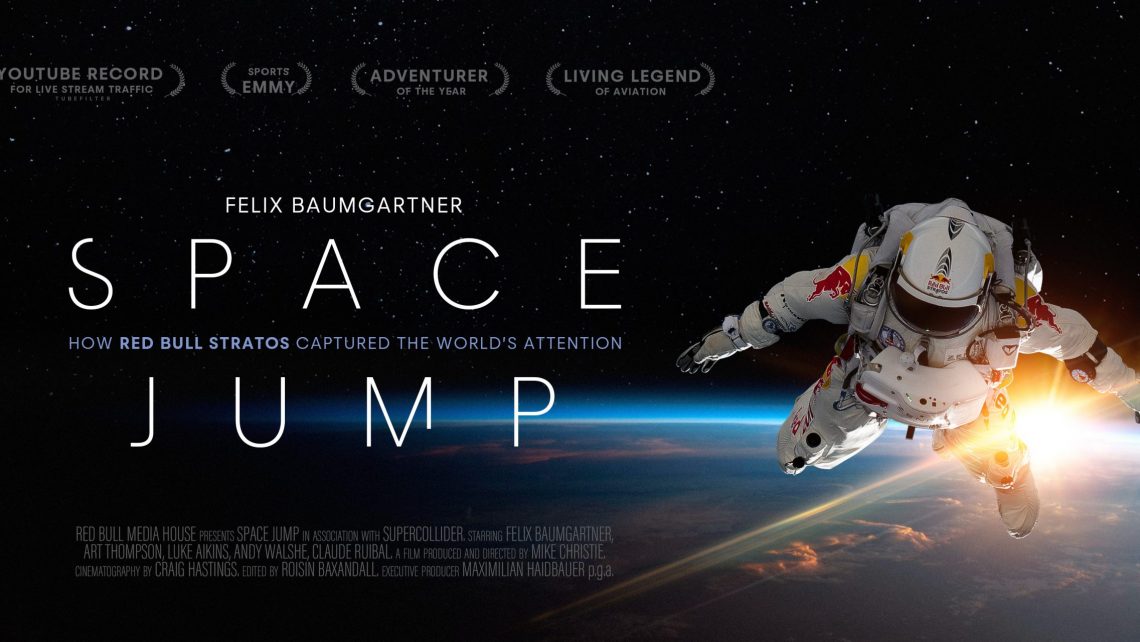 Friday 14th October 2022 – On this day 10 years ago in a mission called Red Bull Stratos, millions of people globally tuned-in to cheer Felix Baumgartner on as he ascended to the edge of space in a small capsule and jumped to Earth faster than the speed of sound.

In a new documentary featuring never-before-seen images and perspectives, Space Jump: How Red Bull Stratos captured the world’s attention, commemorates the lasting and often surprising legacy of the space mission.

For the first time, fans and industry experts give their perspectives, as well as those who made it happen; from the technical project director, to one of the world’s biggest internet giants, whose servers reached near-breaking point to sustain the number of viewers, and from the World Record holder himself, Baumgartner.

Results from the mission have continued to shape our world a decade later, including notable insights for aerospace programs and space technology, a game-changing impact on the world of broadcast setups, upgrades in streaming capabilities, and human inspiration that will continue to resonate for years to come.

With more than 5 years of development, the team changed the thinking on how to deal with life support in space – to the extent that space suits now offer better mobility, and new protocols exist to protect the lives of aviators exposed to high altitude. Technical Project Director Art Thompson, explains, “The effect that it had globally on education and on the next generation wanting to become aerospace or flight test engineers was huge.

Additionally, the life support system that we designed on the capsule we used that technology and data to change the configuration for life support for [high altitude jets including] the U-2.”

People on every corner of the globe were transfixed by the endeavor as it played out live on 77 TV channels globally, in addition to millions of online streamers. The stream nearly broke the YouTube platform’s servers, reaching 16x that of the Summer Olympics, and is still the most watched live stream in the platform’s history.

YouTube’s Director, Head of Sports and News Partnerships, Tim Katz, says, “Within the first couple of weeks, we saw over 100 million playbacks of the event. And now, ten years later, we’ve seen almost a billion views of content from Red Bull Stratos. It’s incredible to see the interest that is sustained over time.”

The broadcast setup, implemented in-part by Jacqueline Voss of Riedel Communications, was the world’s first mobile and remote broadcast studio set-up. Offering several camera views all controlled remotely, and the capsule acting as a TV studio, the viewer experience was unprecedented, and the concept is still used today in major sporting events such as America’s Cup, SailGP and others.

Mission Jump Pilot Felix Baumgartner says,” We were a very ambitious group of people with a vision that we turned into reality. And after so many years of hard work, we were successful. I really think we left a legacy, all of us, because everybody played an important part to turn Red Bull Stratos into a successful mission. And after ten years, it’s time to celebrate.” Today, Baumgartner is one of only a handful of aerobatic helicopter pilots worldwide.